By jimdavisor on in Feature Slide 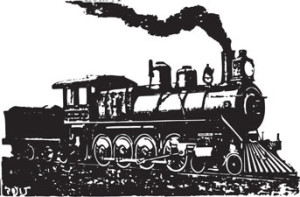 Railroad Barons, Hill and Harriman battle along the Deschutes River.

James Hill and Edward Harriman each owned a railroad. Both men wanted to beat the other man and become the first to build a railroad into central Oregon. Hill was on the east side of the Deschutes River and Harriman on the west side. The battle began, bullets flew, supplies stolen, rocks thrown, dynamite was set off and men killed. See pages 82-84 in the workbook to see who won the battle and drove the “golden spike.”

View all posts by jimdavisor →
Murder of Whitman Family

Georgia Pennington Sligar is a devoted history buff. She has traveled extensively throughout the United States for more than 20 years, while her late husband was in the United States Marine Corps. Since 1975, Mrs. Sligar has particularly been involved in Oregon History. With her late husband’s help she roamed the state for nine years, investigating and collecting data and memorabilia. She taught Oregon History for 6 years, while doing extensive research for this workbook. Before the death of her husband, Georgia Sligar was part of the ministry staff of City Bible Church (formerly Bible Temple) in Portland, Oregon and was on staff at City Christian School (formerly Temple Christian School) for 17 years. Mrs. Sligar is a retired nurse who now resides in Vancouver, Washington.